The artist is the creator of beautiful things.
To reveal art and conceal the artist is art’s aim.
Oscar Wilde – The Picture of Dorian Gray

Just another one of those serendipitous moments on this trip.

The airbnb where I’m staying has a bookcase full of amazing books.

My problem … my French language skills are not good enough to read them.

In fact, the only book in English that I could actually read was … Oscar Wilde’s The Picture of Dorian Gray.  It was just the inspiring and welcome break I needed from trying to find my own words after a couple of confronting and emotionally draining days of research.

How beautiful is Oscar Wilde’s writing. How stark a tale he tells.

And then of course, there’s Paris in Spring.

Each day I find myself falling more and more in love with the place and its people. 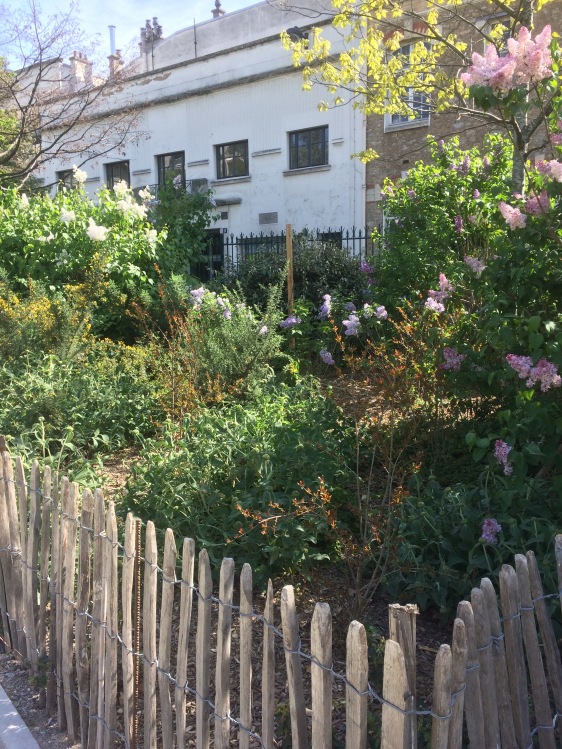 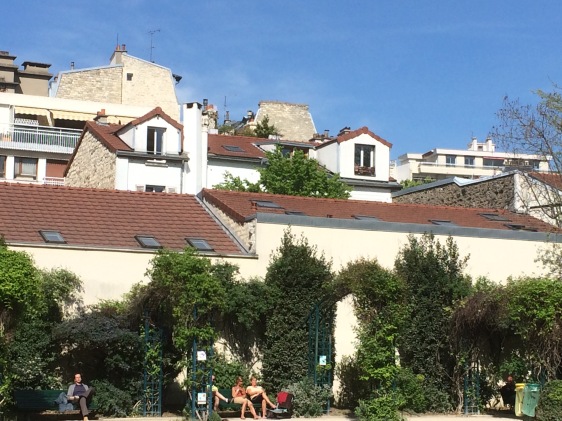 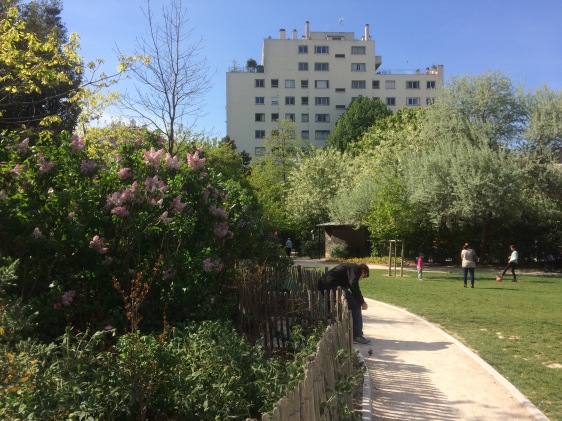 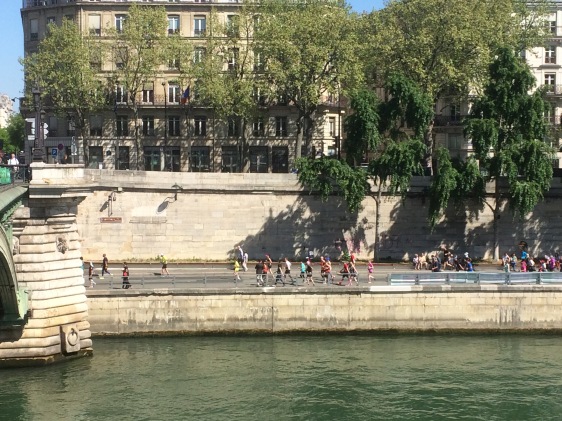 My research trip to Paris has been made possible thanks to the generous support of VicArts.

Tomorrow I’m off to do the sewer tour to explore the world that lurks beneath Paris.

Ruben stood at the top of the mosaic-covered stairs. Before him was the most beautiful garden he had ever seen.

Every day I am here in Paris I realise more and more, just how fortunate I am.

Paris is beautiful and amazing and fascinating and different … and I am so lucky to be here. 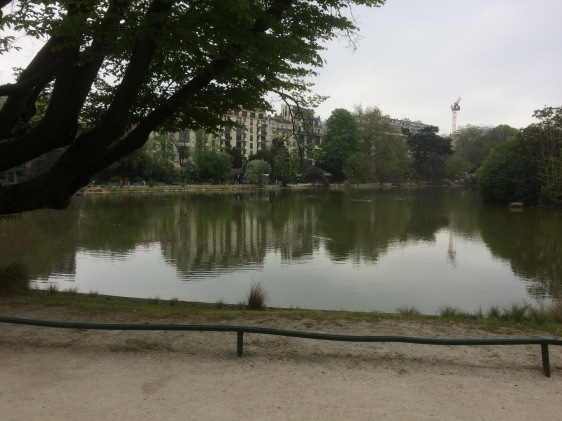 But more than the wonders of my surroundings, I am lucky because I have choice and freedom.

I can write or not. Any time I choose, I can go back to my real world, to a life that’s so much easier than what my story characters endure.

Kids entertainment in the park

Beyond Belief is a work of fiction so I get to decide things for Ruben and his friends. I also get to make choices as a writer and a person …. choices about my life.

People living in countries at war don’t have these options. War is relentless and cruel and people suffer through it every day of their lives … and die because of it. People fight to protect their country and their loved ones. They fight to find somewhere to live in peace and without fear. They fight for their lives.

It’s important that we tell their stories.

Yesterday I stepped out of the intense world of my story to regain my perspective. I needed space to think and reflect so that I could tell Ruben’s story with authenticity, but with hope.

I went to the Parc Montsouris, and there amidst the beautiful spring vistas and everyday life, I worked on my far from everyday story.

Beyond Belief is a story I am compelled to tell. It’s a relatively untold chapter in history and it’s a tribute to courage and the human spirit, and to people who helped each other in time of need regardless of race or religion.

If you’d like to share your experiences about how you balance life and writing about difficult themes or topics, I’d love to hear from you.

I’ve arrived in Paris to work on Beyond Belief, my novel about the Muslims from the Paris Mosque who saved the lives of Jewish children during WW2.

I’m here for a month thanks to a VicArts grant that will meet most of my travel and accommodation costs.

Yesterday, I reached my destination around 4.30pm, too weary unfortunately to enjoy Saturday night in Paris (but there will be plenty more) 🙂

So amazing to look out of the 4th storey window and watch the passing parade … lovers deep in conversation, one clutching a huge bunch of flowers. A small boy with a scooter whose mother, her arms laden with shopping, couldn’t quite catch him.
Across the road, I watched another small child and his father tending their balcony garden. The sun was out and people seemed happy here.

Even the taxi driver from the airport, Joseph was still smiling, despite the fact that my plane was 90 minutes late.

It was so lovely to lie in bed and listen to the sounds around me … a jolly Saturday evening with people singing and making harmless merriment in the streets.

Today … more Paris immersion … the shouts of the fishmonger trying to divest himself of the last produce before closing time,  the roar of a motorbike speeding down our narrow street … and the honking of impatient motorists eager to reach their destinations. The scent of the first blossoms of spring, are wafting onto the balcony as I write.

There are lots of markets in Paris

Beyond Belief is set in a dark time in world history, but it’s also a story of hope and humanity … where regardless of race or religion, people reached out and risked their own lives to help others.

The research will not be easy so my plan is to take it in small stages that I can manage both physically and emotionally.

My trip to Paris is all about immersing myself in the reality of my main character, Ruben’s story … of going to the places he went … of trying to understand how his life would have been in Paris with the ever present fear that soldiers would take him and he would never see his family and friends again.

Research can be overwhelming. It can be easy to get lost in it both physically … and emotionally … to be so focussed on the trail of fact that you never get to write your story.

So today I’m planning my research in advance – working out exactly what I need to find out … and where I have to go. Here’s the list of places I plan to visit:

Ruben is a fictional character, but I owe it to the real people who lived and died during this terrible time, to tell their stories.

Thanks for sharing this journey with me.

If you have any research tips or comments I’d love you to share them.