I read an amazing book recently. It’s called Sick Bay and it’s a middle grade contemporary novel by Australian author, Nova Weetman. Sick Bay was published by UQP in June this year.  When  you  read  this  book  you  feel  like  the  characters  are  real  people  telling  you  their  story.

Meg uses Sick Bay to hide from other kids. She’s struggling with changes at home, wears slippers to school and buries her head in books.

New girl Riley is a type 1 diabetic with an over-protective mother. She’d rather chat with her friends than go to Sick Bay, but sometimes she has no choice.

They think they’ve worked each other out, but what if they’ve got it all wrong?

On the brink of high school, Meg and Riley need a place where they can find the courage to be themselves.

From Nova’s website: – I write books, as well as articles, tv shows and the odd shopping list. I eat a lot of chocolate when I’m writing. And spend way too much time hanging out in op shops trying to find a bargain, or looking through old recipes for something yummy to cook. I think they call it procrastination. 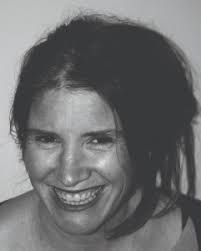 Apart from Sick Bay, Nova’s books include Every Thing is Changed, The Secrets We Keep, The Secrets We Share, Frankie and Joely, The Haunting of Lily Frost, and the Choose Ever After series.

DUAL NARRATIVE AND CHARACTERS THAT HOOK YOU IN

One of the most remarkable things about Sick Bay is that it’s written from two points of view and the characters are so well crafted that there is never any confusion about who’s ‘talking’ or whose part of the story we’re reading. We care deeply about both Meg and Riley right from the start.

Voice is such a difficult thing to master and Nova does it with two characters in the same book. Sick Bay reads as if Nova knows Meg and Riley as well as she knows her own children.

To me, knowing your characters is the secret to making them engaging and to ensure that they stand out from each other. Right from the start, the reader needs to feel as if they know these people. They need to see the character’s vulnerabilities and find them interesting. The reader needs to care about what happens to the character/s, to be so invested in their journey that they will follow it right to the end of the book.

Without telling or using info dumps, Nova hooks us into her characters and their lives straight away. It’s in the small detail, the things that make Meg and Riley unique. Here’s what I mean. In the first two chapters of Sick Bay, this is what we find out about each of the characters … and all this through their actions, thoughts and interactions:

Already Meg has many unique characteristics and habits that make her stand out.

Riley is part of the ‘cool crowd’ but has her own issues too.

TIPS FOR CREATING CHARACTERS THAT STAND OUT

Feel free to share other books you’ve read that have helped you hone your writing craft.