There’s something really exciting about delving into the minds and lives of fictional characters.

On Sheryl’s blog, she shares wonderful insights about her compelling character, Adversity McAlpine. I love Addie and her story set in NSW during the depression.

Now Sheryl has asked me to lift the lid on one of my characters so I’ve chosen to talk about a new character from my current work in progress, Paris Hunting.

Paris Hunting is a Young Adult adventure/suspense set in Paris in the present day. 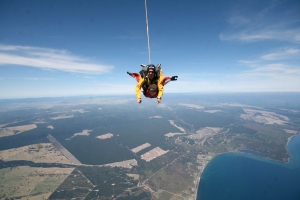 My main character, Cara Jamieson is living in my head at the moment, but I’m looking forward to finding out more about her and her life when I spend time in Paris in April.

What is your character’s name?

Is this character based on you?

Not consciously, but I guess parts of her are. She’s inquisitive like me. She’s quite headstrong and she’s adventurous.

I have never lived the kind of life Cara lives, but maybe a part of me always wanted to.

How old is the character?

What should we know about the character?

If you met Cara it wouldn’t take you long to get to know her. She’s an outgoing, honest kind of girl.

Cara is living in Paris because her father has a diplomatic posting there. She’s an only child so her friends are important to her.

She has just discovered that her Great grandfather, Phillipe Gautier was an important member of the French Resistance in World War 2. Her Great grandfather was a taxidermist (the research on this character has been interesting to say the least) and there’s a rumour that he concealed something important inside one of the animals he stuffed. Cara is determined to find out what it was and where it is now, but the only clue she has is a letter written by Phillipe just before he was murdered.

Cara has travelled a lot because of her parents’ work and her friends are the kids of other diplomats. She is someone who likes to learn about and immerse herself in other cultures and traditions.

Cara is a daredevil, and is always challenging her friends to something extreme. Her latest dare involves breaking into the Paris Museum of Hunting to take a selfie with a unicorn horn.

What she doesn’t know is that the Museum holds a clue to her family’s past, and finding out about it could put her life and the lives of her friends at risk.

Cara is very determined and single minded and is hard to talk out of a course of action, even if it’s dangerous

What are your character’s personal goals?

Cara wants to find this thing that was so important to her Great Grandfather that it probably got him killed. Cara also wants to fulfil her need for adventure.

Where can we find out more about the book?

Paris Hunting is still a work in progress but I’ll be sharing more news about it on this blog as the story develops.

My good writer friends, Alison Reynolds and Sally Murphy have some great new books coming out this year so I’m tagging them to share their character’s stories.

Be watching their blogs at Alison Reynolds and Sally Murphy to find out more.