Natalie Conyer was born and grew up in Cape Town, South Africa. She lives in Sydney with Henry, the world’s most affable cat; and she gave up a perfectly respectable career to write crime fiction.

Her short stories have won several awards in the annual Scarlet Stiletto competition run by Sisters in Crime Australia.

Present Tense is Natalie’s first novel. It was the Pick of the Week in the Sydney Morning Herald and The Age, in January this year. 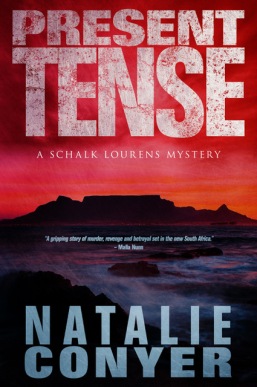 Present Tense is a police procedural crime fiction published by Clan Destine Press. It takes you to Cape Town, to the thrilling and dangerous new South Africa.

Veteran cop Schalk Lourens wants a quiet life. Like the rest of the country, he’s trying to put the past behind him. But the past has a way of hanging on, and when Schalk’s old boss, retired police captain Piet Pieterse is murdered, Schalk must confront old demons.

Pieterse has been necklaced. A tyre was placed over his head, doused in petrol, and set alight. Necklacing is a throwback to apartheid, an execution generally reserved for collaborators. Who would target Pieterse this way, and why now, 25 years after apartheid ended?

Meanwhile, it’s an election year and people are pinning their hopes on charismatic candidate Gideon Radebe. But there’s opposition, and this volatile country’s on a knife edge. A wrong move could generate a catastrophe.

Schalk is drawn in to a world he no longer knows, where shadowy forces call the shots. He must tread a path between the new regime and the old, the personal and the professional, justice and revenge.

The investigation will change his life, and could alter his country’s future.

THE INSPIRATION FOR PRESENT TENSE

when I left Cape Town many years ago, the terrible apartheid regime was in place. When I returned, apartheid had gone and everything had changed. I wondered how people felt about their new society and decided to explore this by writing a crime novel. My central character, policeman Schalk Lourens, is an ordinary citizen trying to reconcile the past with the present.

WHERE TO FIND NATALIE 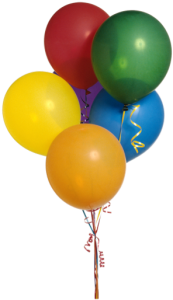 WIN A COPY OF THIS FABULOUS BOOK

Only open to Australia residents.

All you have to do is: